skip to main | skip to sidebar

Something In The Water.

The title of this blog was inspired by conversations that I've had with people from Memphis and even people from other parts of the world that would describe the sounds of southern punk and hardcore. When ever I listen to a band like Copout, or His Hero Is Gone, that conversation comes up.

This blog is dedicated to all bands from Little Rock and Memphis (although all other bands from the south maybe discussed). In my humble opinion Little Rock and Memphis hardcore/punk bands have rarely been talked about or seen. If you are in one of the bands and have stories or pictures to add let me know. A lot of the music that is posted is out of print, but if you ever find it buy it. I do not make any money off of this, this is to turn people on to stuff that has never really gotten much recognition. If you are in one of the bands and have a problem with your stuff being up here let me know and I will remove it 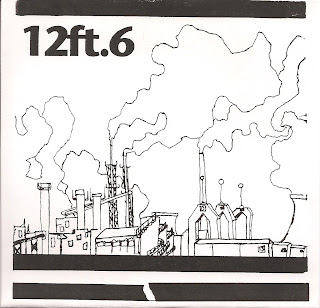 It has been a hell of a long time since I have updated this blog. I figure what better way to kick off an update than to post this seven inch. Taking their name from an overpass 12 FT 6 was along with 5-0, G, Chino Horde to name a few were a great band. I still have memories of them playing with Hell No at Riverfront Park by the stairs under the blue tent in 30-40 degree weather and freezing my ass off because I had not dressed correctly for the cold. I'm not really sure who was all in this band but They recorded this seven inch (maybe a demo) and contributed some tracks to the Towncraft compilation. This seven inch was recorded in December of '92. Whenever I listen to this record it doesn't feel like it's been 20 years but more like yesterday (as cliche' as it may be.) Every time you heard Robert yell "12 Fuckin foot Fuckin 6." You knew it was on. The attitude on this record is still there and it still lives on. Other members eventually would be in a band called Revolver Red. I know I may be leaving some details out but hey...I'm unprofessional. 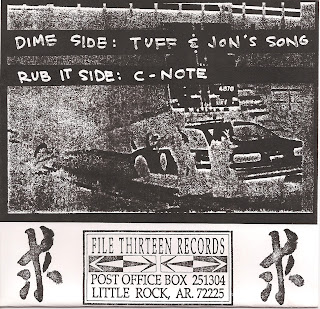 Links To Other Good Blogs